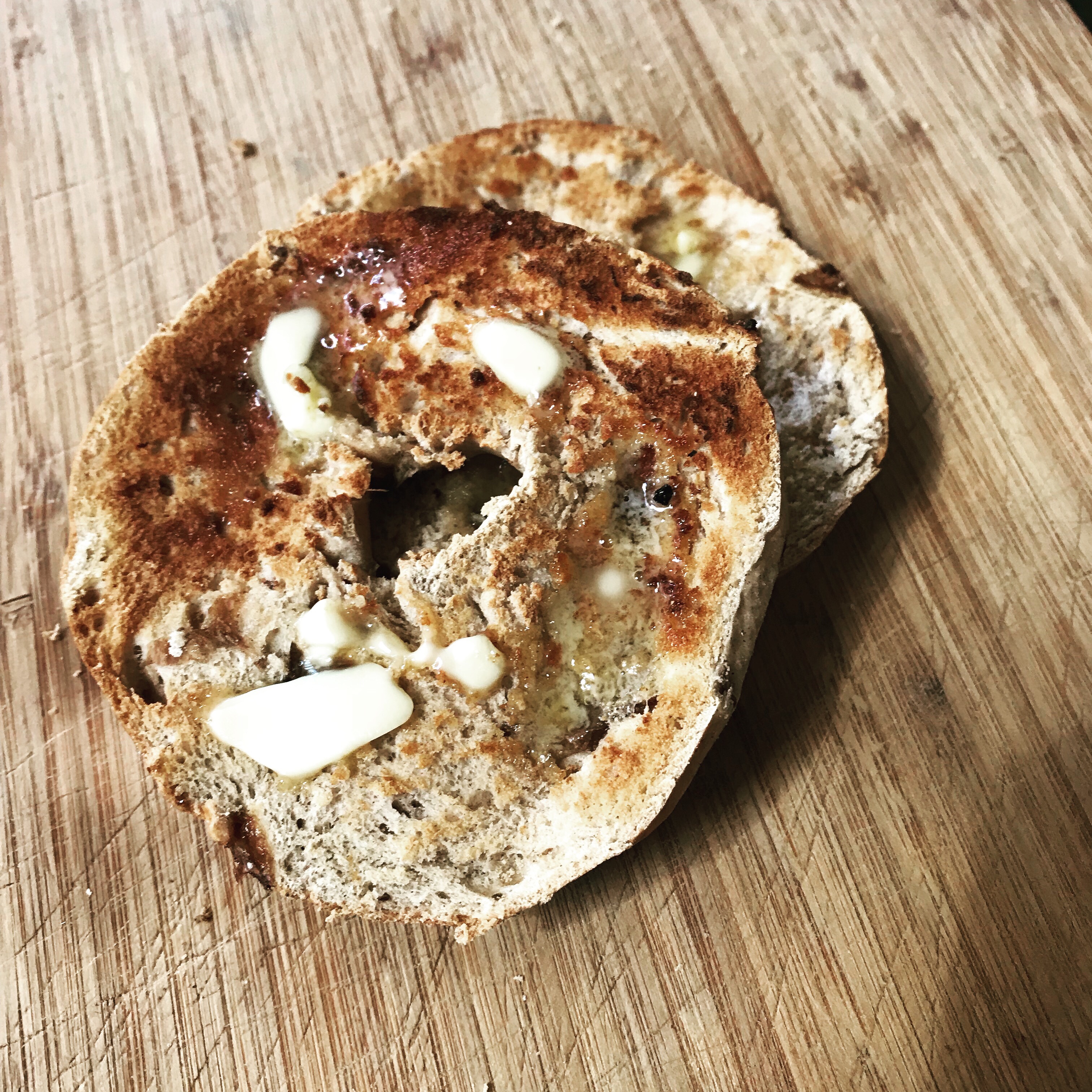 Like cockroaches I firmly believe Tesco bagels could survive a nuclear holocaust.

Found this in the bread drawer more than a few days lurking there, but once in the toaster it sprung to life.

Angela & I were in Boston in ‘99 & went into one of the usual Finagle a Bagel or whatever the joint was called. Never heard of or seen a bagel before, AP speaks up and asks for what sounded like a ‘bagelle’. The Bostonion Bagel seller was confused, perturbed, uncertain. ‘Pardon me ma’m?’ •

You can take the Derry Girls out of Derry for sure. •

Feeling smug I asked what was ‘nish’, with a silent ‘k’.

We stood corrected & enjoyed the food.

It was different, now of course the bagel is ubiquitous.

I wonder how the Bostonian Finagle a Bagellers would have fared in Jack’s chippy in Omagh or even Fiorentini’s in Derry.