Home working. Remote working. Hybrid working. Virtual office. Many terms are being bandied about on the merits and negatives of working somewhere that is not ‘work’. My workplaces have included lay-bys, Portstewart beach, a pub near Loch Ness, various coffee shops on the North Coast, the garden, my bed, hospital, St Peter’s Basilica and the Colca Canyon in Peru.

Years ago, when I was being interviewed for an employer that operated across multiple sites, I was asked in the interview how I would manage working across long distances. I replied that I had just worked on a book with a writer that lived in South Africa, so I didn’t see the difference between the north coast and Belfast as much of a problem. That was before email, the days of fax and putting items in the internal mail.

Funny how some people think writing memos all day telling people what to do, justifying what they have done or exercising their personal desire for a bit of office-onanism. These are the same people that think lengthy meetings are ‘work’ and productive. They aren’t.

Now it wouldn’t be best practice to give away the trade secrets of the brotherhood and sisterhood of home workers. But there are a few pointers, and as Jane Eyre might have said, Dear Reader, you can make up your own mind which is true.

Most people assume that working at home involves a fair bit of dossing. Certainly, aside from the givens like wearing whatever you want, or nothing if the mood takes you, there isn’t the same pressure to look busy or appear absorbed in your work as in a ‘normal’ workplace.

Employers have a natural suspicion of workers ‘working from home’. So as I heard an IT Guru explain earlier, often you may have had to be in your role for two years before you get the go-ahead to work from home. Having been there for the arbitrary time of two years clearly delineates a worker that is dedicated to the cause. Think about it. What nonsense. That thinking will no longer be acceptable in this post-post-industrial society or whatever it is we live in.

As an aside here, companies generally aren’t judged as profitable based on the number of hours an individual spends inside its four walls are they? There is an assumption that time on the premises is related to productivity. When you break this down, the logic of people coming together to work was a product of the industrial revolution and manufacturing technology growth. The calculation is simple. More people operating more machines generated more product.

So success was based on an equation of something like ‘No of employees x Hours worked = Output (profit)’.

So as an employer you want the maximum number of people on-site to operate the maximum amount of equipment possible for as long as possible. Think about the domino effect on all aspects of the worker experience, enjoyment, quality of life.

So success was based on an equation of something like ‘No of employees x Hours worked = Output (profit)’. That’s fine if you’re producing something tangible like a widget, a shirt or a component etc. The equation can be further refined by burnishing the employee factor by adding things like training, skills, being nice to them. The ‘hours worked’ factor can be adjusted by paying staff to work longer hours (overtime), or by making the equipment they use more efficient. There is the option too, of course of shift work. Demand will dictate that half your work force at any time are working at night. And they’d better get used to it.

Of course the optimum for many employers is having efficient equipment and having employees prepared to work for longer hours for no extra financial reward. There is a reward of sorts, of course, in that if you are always seen to be working late or starting early, then assumptions are made about your dedication and commitment. Sending that 3.30am email solving a problem or completing some task is a way of showing your undying commitment to the cause.

Absence Makes the Cart go Under

Except it’s not. One of the problems in the workplace is that of absenteeism—the crime of not being there when you’re supposed to be. I always thought this was a fallacy because I worked with many people, and with quite a number of them, it really made no difference if they were physically present or not. Both in terms of their own efficiency and productivity, and in the positively detrimental effect they had on the people around them. This can apply equally to management, and the saying when the cat was away, the mouse can play is true. Let the frivolity begin. Equally true is the reality that if the cat is away, the mice can get on with their work in a state of uninterrupted euphoria that the boss won’t be lurking about, checking on them and generating additional meaningless and pointless tasks.

I worked with a manager who worked late one evening a week minimum, dictating memorandums to all and sundry. That was his work. To me, that is not work. Yes, he was there physically, but it was a pointless enough task. So my judgement was that it was a waste of time being there and suggests a further waste of time during the working day to necessitate after-hours presenteeism.

Yes, then the other side of the coin is presenteeism, the opposite of absenteeism. In this situation, the worker can get themselves into such a state of workplace ecstasy and frenzy that they spend multiple extra hours at work and then bring the work home, plug in their device and go again. This individual is to be pitied, looked at askance and sent for help. They will buy TV dinners for the microwave, drink excessive amounts of coffee and volubly tell everyone how busy they are, how tired they are. They won’t admit that they are in fact, inefficient in their use of time, possibly incompetent.

If as a worker it is your misfortune to be managed (often micromanaged) by one of these people, then you will likely be expected to devote yourself to the Gods of Presence, and tension is inevitable if you don’t conform. The trick, in this case, is to be efficient in what you do, get the tasks done and preserve the artifice of being a slave to your work and your workplace.

Otherwise simple landmarks like completing a task during the working day and getting ready to head home at the appointed time will generate muttering.

I will return to this new method of working from a location that is not work in due course, but in the meantime, here are some tips on home working based on working on many assignments.

Ten Tips HR Won’t Give You About Home Working

1 Invest in a sofa. Hard to beat a sleep during the day as the need arises. More comfortable than slumping and drooling over your desktop let me confirm.

2 Try and identify a time to be at your work station, whether it be desk, kitchen table etc. Once you get there it may take a while to get into work mode and you may get lost down a rabbit hole or two, but you are there. 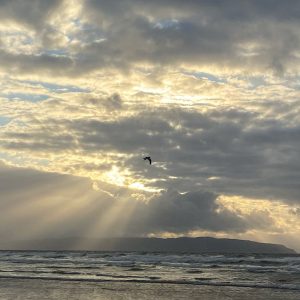 3 Keep a list of what you’re trying to do and don’t be afraid to switch from one assignment to the other for short blocs of time.

4 Have a notebook and pen to write down your stream of consciousness, ideas, notes, frustrations. If an idea doesn’t work in one place, you may be able to produce it as a solution somewhere else.

5 Get a good selection of tunes and a decent sound system so as necessary you can turn up the volume.

6 Don’t watch daytime TV or use daylight working hours to catch up on your box set (not even just one episode….?) NO!. 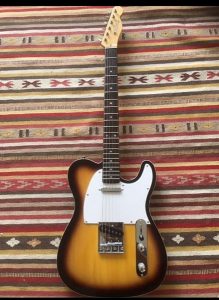 7 Live and work guilt free. Want to go for a walk? Do it. Need to go to the bank? Go do it. Couldn’t be arsed working this morning. Then don’t work. Want to work tonight instead? Do it. Find the times that you work well and slot yourself in there. Employers need to understand we’re not all morning people.

10 Play your musical instrument for a while every day at your desk.

Rather than be a slave to the clock, remember you’re not a factory worker or a sweatshop worker. Apply different rules for yourself. Your own rules. Based on what you produce. Not on time spent. And stick to them. And have a few plan Bs and Cs. Not every day is the same, and as Heraclitus said, you can’t step in the same river twice.