Standing in a queue outside Tesco the masked stranger in front casually broke wind loudly and forcefully, not a whiff of an apology. Thank the Lord for social distancing in this instance. But since when has it become socially acceptable to Bris Gaoth in this manner in a public arena? When he wasn’t looking inside the store, I deliberately sprayed the hand disinfectant in the direction of his derriere. 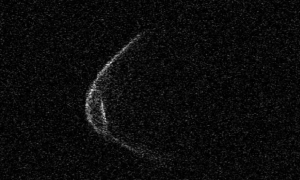 That we are living in unusual times is stating the obvious. This week astronomers revealed that a mile wide haemorrhoid will pass within 3.9 miles of the earth. Well that’s what I heard half sleeping listening on Alexa. When I interrogated Alexa further, it transpired that it was in fact an asteroid and it will be 3.9 million miles, not piles. I had calculated half asleep, that it would be closer to our house than Portrush and was puzzled at the scientists’ apparent complacency. Surely such a large heavenly body would pose a severe risk to mankind? Then I saw an image of the item and it indeed looked like a heavenly body of a different sort. My mind was put at ease.

So. In other news, the Pentagon just casually put it out there that the US Airforce had video footage of three Unidentified Flying Objects. Sure enough the scarcely believable news was backed up by the evidence. But if someone had asked you three months ago which of the following is more likely:

Which would you have gone for?

There is no point dwelling on Trump because any ridiculing of his antics dates so quickly, as he surpasses his own stupidity daily. It is a sad reflection of American politics that the best counterpoint that anyone can find to Trump is Hillary Rodham Clinton and now Joe Biden. People like Mario Cuomo have something about them in terms of gravitas, a presidential air and some sort of stature about them. Al Pacino would play Cuomo well in the movie of the Covid19 Disaster Movie. 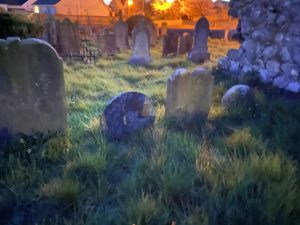 When we look back on these strange times, what will we see? A mere Pangolin or Bat responsible for a change in the way of the world. Airlines grounded, football suspended, pubs and chapels closed. Hand sanitiser everywhere.

Whenever the next generation ask what did you do during the Great Lockdown of 2020 the answer will in large part be ‘Not Much.’ I had contemplated keeping a diary for posterity sake during these times. You see people would like to know what I thought, I kidded myself. A voice for the age. Erudite insight. The Lockdown Journal. But it became apparent early on it would be an exercise in tedium.

Woke Up. Ughhh. Waited for other house occupants to vacate bathroom. Checked news for anything interesting. Tried bathroom again. Still occupied. Check in on the WhatsApp to see if there’s any rumours doing the rounds or funny videos. Back to bathroom, almost left unusable by previous visitor, tremendous fugue & stench. Check WhatsApp again. Mute conversations showing loads of our young club players practicing their skills. Why? For years I’ve been preaching do this at home, been ignored… now its wall to wall dedication. Vacate bog. Hunt for breakfast. Try to avoid a fry every morning or I won’t get out the front door. Work. Fuck about on internet going down a few rabbit holes. Make coffee using the bialetti. The more like tar the better. At various junctures, visit kitchen to observe home schooling children avoiding school work, bluffing on various devices; a while later venture in again to diffuse tension and succeed only in increasing it. Sense of humour in short supply. Hiatus. Sleep. Vacant time. Eat dinner. Read Samuel Beckett (more of that anon), do a quiz on Facebook, do another one, go for a walk, take some photos trying to include the star Menkalinan which seems to follow me wherever I go walking. An interesting but useful fact is that this star – whose name means shoulder of the rein-holder in Arabic, is of such a distance away that it would take me 13,598,428,694.55 years to walk there. Will the lock down be over by then I wonder? I turn for home, listening to music, and the odd Vodcast. It has occurred to me that I could present an interesting Vodcast if fuelled sufficiently eponymously. Home. Watch TV, drink wine / beer. Then Eat, sleep and repeat. It’s all a cliché.

When I do leave Lockdown, venturing abroad, the change in people is marked. You have to consider is this wearing of masks going to become a thing when this pandemic passes? Or will we start wearing some sort of adapted helmet apparatus with built in mask, headphones, eye wear doubling as a tv screen. People seem more cocooned. There is less eye contact. People go about their business, cowed, muted, head down. Brow furrowed and preoccupied. Eye contact is frowned upon. It is almost as if we can spread this damn thing by looking someone in the eye. People soon adapt to the new normal. Well almost. In Tesco, failure to observe their confusing one way system results in glowering scowls from other shoppers getting triggered in the baked bread aisle. Turn right too soon at your peril. Earlier there is a sort of chicane where you can veer recklessly past the veg. One of the Tesco personnel  informed me ‘we are operating a queuing system here can you go round there’ indicated a lengthy snaking detour. My daily step count went up markedly. I was on the horns of a dilemma then when I received a text to get some milk and white wine. The one way system does not allow for haphazard meanders through the store anymore. That is my preferred approach. I didn’t want to ask the Tesco apparatchik could I retrace my steps. Meanwhile he allowed an attractive house wife to disregard the queuing system. She smiled demurely and unloaded a case of wine and two bottles of gin noisily on the conveyer belt.I deposited my goods in the car and returned to join the one way system to obtain the items omitted.

Another day, on an essential visit to LIDL to peruse the middle aisle, I watched one of the locals lustily search through a basket of carrots lifting, handling, looking, returning, rummaging for the next. Mental note to self, not to buy any of them. Indeed be thankful for the plastic wrapping that encases much fresh produce and protects it from the great unwashed hand. The little eco irritant Greta would no doubt be appalled at all the plastic. Just a note there that Covid has done more for the environment than dodging school every Friday ever will.

Wildlife are now roaming the towns and villages like wildfire. We have observed Eagles soaring overhead on thermals. A fox patrolling the middle of the street. Goats on street corners, and corner boys who think they are Goats having to stay in the house.

Of course the problem now is that the novelty of lockdown and working from home is wearing off and patience among the plain people is wearing thin. The concept of the herd immunity is being replaced by a herd mentality as people become complacent, impatient and irritated.

“Fuck this, I haven’t caught the virus, I’m heading out here to meet ones.” The result is that roads have more cars, more people clumping in groups. The worst are those Americans who seem to want to drive as far as is necessary to be offended. The redder the neck the better.

On what basis have the population begun to declare a unilateral declaration of ignorance? The threat of illness and death, really really bad death is still present. On TV the politicians are still required to explain complicated medical terms when they patently don’t know arse from elbow. In the south the propagandists are trying to get as much spin out there to counteract what really is going on. In Westminster, the government is a farce led by another idiot. The future is uncertain. The politicians underwhelming.

As the reality of this new lifestyle loomed large weeks back, I was fortunate to still have some bits and pieces of work to keep me occupied and I’m grateful to those clients big time. I did a deal with myself to make sure I did at least two constructive things every day. So every day, come what may, I would get out for my allocated period of exercise by taking a walk,  and I would read Samuel Beckett. Why Beckett? Well in caring for my elderly mother it was all very real. The creeping decrepitude of old age. The dependency on others. Bowel obsession. Reminiscences. The futile drudgery of every day routine, all captured perfectly. The late Prof Bob Welch, an old friend and colleague at the University once told me that I would appreciate reading Beckett when I was older. He was right.

But in the hope that things will improve, we all have to keep going. To add further variety to the daily monotony I have now resumed guitar playing. It keeps me entertained. As lockdown looms large for another while, we are all surviving. Some better than others. There’s no alternative. As Sam says, I’ll go on. And every morning, the Sun shines having no alternative on the nothing new.