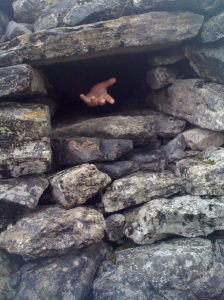 The death of Seamus Heaney provoked a savage outbreak of literary grief. In the age of social media, people struggled to post a representative line or two of his work that was less than 140 characters and spaces. If there is one positive to come out of his death it is that a new audience may be introduced to his work.

And by that I mean his work beyond the staples of secondary school. The ubiquitous Digging, Follower, Blackberry Picking and Midterm Break. I read one young woman post on social media that Midterm Break was her favourite poem. A strange choice, for whilst powerful and emotive the story it unfolds is heartbreakingly sad.

For me the resonance of being called out of class to hear bad news is familiar. Aged ten I was called from my primary six class to be taken away home following the death of my father that morning. It has always had a savage ring of truth to it. More than ever too when I bought a copy of Seamus Heaney reading his collected works and Midterm Break startled me through the speakers.

I met Heaney once, at some event or other at the University of Ulster. I was unashamedly there to put spake on him and did so. I had been helping my nephew Ciaran critique Midterm Break the night before for his GCSE coursework and I told the poet this. His reply was ‘a difficult poem for GCSE’. It was a highlight meeting him and sharing a few words, mainly him talking and I listening.

Which brings me on along the road. Upon his death my niece remarked how difficult Heaney’s poetry is to understand. Someone else declared all poetry boring. My brother a Professor of Medicine said he didn’t like poetry but liked Heaney.

Today Leo arrived home from school to say that people in his year 8 class said Heaney’s poetry was depressing. Not having read it I wondered aloud how 11 and 12 years olds could have formed this view.

I sent Leo to the shelf to take down Opened Ground and directing him to Markings, told him to read it aloud to me. I then played him the recording of Seamus Heaney reading the piece. Our Leo is a footballer in the Park. The image of ‘four jackets for four goalposts’ so familiar it is routine. The account of the game of football describes an activity that goes on every evening in Flowerfield and every open space where boys his age gather to play football.  I was able to discuss with him how often he and his brother Peter had kicked ball until darkness fell ‘As the light died and they kept on playing’.

How as a child he imagined games in the stadium of his mind where Henry Shefflin and Ricey struggled for possession in some sort of hybrid game dreamt up by himself and his brother, ‘Because by then they were playing in their heads.’ I did it myself, we all did, it’s an abiding memory of autumn in Omagh the light falling but where ‘There was fleetness, furtherance and untiredness/In time that was extra, unforeseen and free.’ To only have some of it back.

I then played Midterm Break and he looked out of sad comprehending eyes. He understood what was being said. One day I’ll tell him why it has a resonance with me.

And then there was St Kevin and the Blackbird. The wonderful tale of the Monk in his beehive hut arms outstretched in prayerful supplication when a blackbird lands and lays its egg.

‘The saint is kneeling, arms stretched out, inside

His cell, but the Cell is narrow, so

One turned up palm is out the window, stiff

As a cross beam, when a blackbird lands

And lays in it and settles down to nest.’

A few years back on Inis Mór we went to visit the beehive huts and we took a photograph of my hand reaching out of the cell window in the manner of St Kevin. Leo explained to me how the poem was about unselfishness and doing things for other people and how St Kevin was kind to the blackbird. The poem itself explains that selflessness can bring pain ‘Imagine being Kevin. Which is he?/Self forgetful or in agony all the time.’

It is a poem that has been pinned to our kitchen cupboard until it is now yellow and read over and over again.

Some day when I’m in Bellaghy I’ll maybe call into Seamus Heaney’s grave. Not least to say a prayer of thanks for the wonder of his poetry. And also for his act of helpfulness when he donated a manuscript of that poem Markings to our club for auction when we were constructing our pitch. It was arranged through a mutual friend, Professor Bob Welch, now sadly also gone. It raised a very generous sum and afterwards I wrote to tell him that there was ever a corner of Pairc Eoghain Rua that he could call his own.

In the meantime I’ll listen and read and read and listen to his word-hoard. I would encourage you to do the same.