“There is no greater sorrow than to recall a happy time when miserable.”
― Dante Alighieri 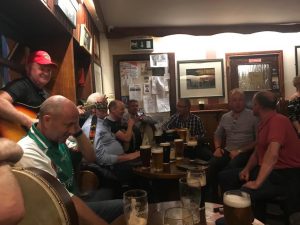 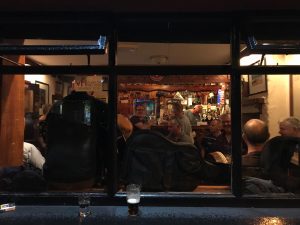 Pubs. My mother grew up in one and I’ve personally funded several establishments over the years, freely giving my time and money to ensure their ongoing prosperity. But.

I don’t get out or go out much anymore. Nothing to do with lockdown, no. It’s more to do with getting older, disinterest, and the problems of getting locked on a night out and the unplanned adventures that can ensue.

The people you meet, bump into, folks you see after all these years, or the local plumber you’ve been trying to get a hold of to fix the toilet. On any given night out, that’s all part of the craic. On a weekend in Dungloe last year some of my longtime beer drinking comrades attempted to relive parts of their misspent youth jousting with a few locals from Kincasslagh who behaved poorly in a chip shop. We had to intervene to diffuse an impending melee. In the course of the gung-ho diplomacy one of the younger nightowls told me that he respected old people like me. If he’d hit me a punch in the mouth he couldn’t have stopped me quicker in my tracks. It was funny. And reality.

The vintners in Ireland are desperate to get the pubs up and running and have proposed a series of measures, or half measures, to get things motoring again. Now, frankly the ideas floated propose a vision of going to a bar that I don’t recognise. It’s the pub Jim, but not as we know it.

The new sanitised, hellish and unfortunately necessary vision of a trip to the local is so squeaky clean that a night out with Stepford Wives would be more fun. It sounds like being forced to socialise with people you don’t know times ten. You know like when you end up accidentally part of a girls night out and you scour the bar for a sidekick. You won’t even be able to do that. 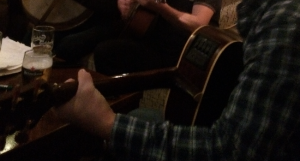 Six people only to a table. Everyone must stay seated. Organised visits to the bog. Table service only. Remind you of anything? School dinners. No DJ or live music. Too bad, by the way, about the gig economy. Musicians who are the lifeblood of pubs; the two piece with a chickaboom drum machine; the somber-faced, utterly miserable looking traditional musicians in a corner belting out their sets (they definitely won’t be smiling now); the one man storm-in-a-tee-shirt-Christy-wannabe; the Argyle-jumper-clad accordion player with the long suffering wife dressed in housecoat accompanying gamely on banjo, bodhran and backing vocals, quaffing pints of Smithwicks.

“Please be seated over there. Six to a table. A waitress will be over shortly to give you the Covid Safety announcement. Please do not leave your seats.

When she arrives, haggard from a career in Aer Lingus, the automaton waitress’s instructions are clear, dreary and tired. Borne of necessity.

“The queue to the bathroom is to your left. No more than three occupants at any one time in the Gents. Please observe social distancing by using every second urinal and we ask in particular that you exercise due care when shaking the last few droplets, as you know droplets can spread disease.

“There will be no communal eating or sharing of crisps or nuts at your table. Each patron is requested to purchase and consume their own snacks.

“Customers should not fraternise, flirt with or glad eye any patron at another table. Once assigned a table you must not swap tables to get closer to a nearby acquaintance. Attempts to do this by subterfuge will be resisted. Closed circuit TV surveillance is in place at all times.”

“You are not permitted to go to the bar; all orders will be administered by waiting personnel in a manner befitting social distancing. This requirement will be strictly enforced. All high stools have been removed.

“Any patron displaying signs of intoxication will experience the form of social isolation known as being thrown out and barred. Signs of intoxication will include loud argumentative talking resulting in the release of spittle; such slabbering will be frowned upon because of the droplets. Likewise outbursts of loud solo singing in the absence of proper music is forbidden, many people release droplets when they sing. Sean Nos singing is also strictly prohibited, nothing to do with Coronavirus.”

“Smoking in the smoking area has been decommissioned and patrons are asked not to smoke in the environs as WHO advice suggests compromised lungs may increase your chances of infection.” 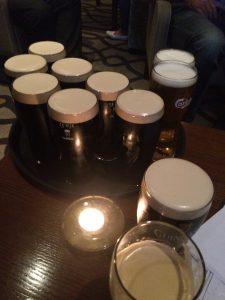 It is a vision of hell at the bottom of a glass. Public houses will become rooms where groups just sit and drink. I went into a mining community pub in East Falkirk once that was like that. Linoleum floor, formica tables. It was fucking grim then. The Scots were protesting poll tax and the Miners strike had been and gone, the men sat at these tables, heads bowed, not talking. Drinking.

If you can’t stand at the bar, sit at it or go to it, remove the bar itself to a backroom and make more room for the drinking stations. Bring back snugs, with their service through a hatch, locks on the inside and opportunities for couples to court or priests to drink furtively after mass. Anyone who’s ever been in the Crown in Belfast has experienced a snug session. Cramped and good craic, social isolation it is not.

Some of the most interesting people you will ever meet, you meet at the bar. Conversation and loquaciousness suitably lubricated, the at-the-bar banter is witty and charming and at times irresistible. At other times your bar encounter can be a pure pollute. “would you like a drink?” “No I’m in a round (code leave me alone).”  To a hapless female standing waiting, who ends up with too much head on her beer, the witty interjections, “would you like a flake in that. Do you come here often?” Tactlessness award goes to the man who unwittingly in the old Queen’s Speakeasy asked the girl with one arm to help him carry his round down from the bar.

Standing at a counter I’ve met Pat Cash, Jimeoin, Andy Irvine from Planxty skulling brandy, and Gerry Adams who I told not to take my seat as it was against party policy. Many others. The Bomber Liston, George Best, Pat Spillane, Pat Crerard, Norm from Cheers. It isn’t on the cards anymore, no not for the immediate future. And it can’t be.

The concern is that in trying to keep the industry afloat, Vintners will distil the pub experience from a pint into a shot glass, sanitised. If there’s no atmosphere, no experience there’ll be no people there. Other than the people who are there to drink and drink only.

For now all these seem a distant memory of times past. For the future we need some thinking outside the box, so its not just all about getting locked and out of your box.

The hardcore drinker at the bar traditionally practises social distance easily with a growl and a grunt so no one comes near. The bartender knows by eyebrow lift and subtle hand movement that more porter in required. The reverse nod indicates another half ‘un.

How do I know? A lifetime in bars, I used to sit as a cub beside the daytime drinkers in my uncle’s bar in Omagh. Dipping a finger in the bitter drip tray, a taste of what was to come. Even at the age of five the bar stool was my throne, my platform and my high chair.